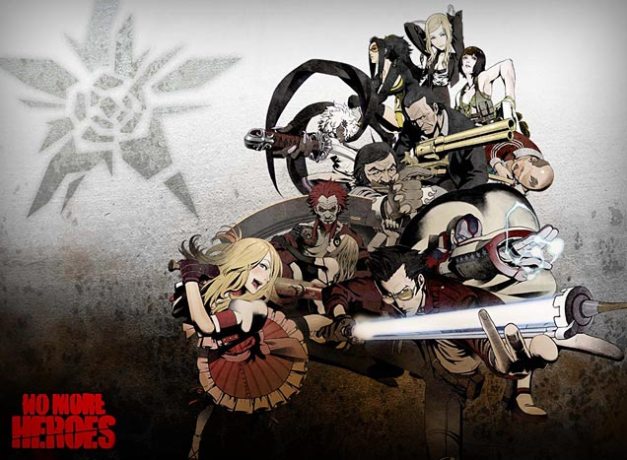 Konami Digital Entertainment GmbH has announced it will release No More Heroes: Heroes’ Paradise (working title), a sword-based action title, for PlayStation®3 – and that the game will enjoy PlayStation®Move compatibility.

Set in the sunny city of Santa Destroy, No More Heroes is a 3D all-action title that follows Travis Touchdown, a lone hitman, as he hacks and slashes his way through the elimination of ten high-ranking assassins. This new PlayStation®3 version now boasts compatibility with PlayStation®Move, and enjoys a wealth of extra features, high-definition visuals, and has been given the ‘Heroes’ Paradise’ suffix.

Travis is armed with his trusty ‘Beam Katana’, a razor-sharp sword capable of making mincemeat of all who stand in his way, and is currently ranked as the 11th most lethal assassin in Santa Destroy. During the course of the game, Travis is contacted by the mysterious Sylvia, who sets up a series of fights with the higher-ranked assassins as he climbs the ladder to position himself as the ultimate killer. To this end, Travis either rides his trusty motorbike through the streets or sets off on foot to his next mission, before letting rip with the most incredible fighting sequences seen to date.

Using either a normal controller or the PlayStation®Move motion-detecting unit, players have access to a wide range of physical assaults and katana attacks, with each bout tracked by a dynamic camera that showcases the game’s stunning visuals and cinematic fight sequences. Such is the level of control offered that the range of moves at Travis disposal changes depending on how the player holds the katana as they enter the fray, and the exact timing of their attack. Defeated foes can also be dispatched with stunning finishing moves. Thus Travis cements his rising reputation with a series of stunning kills.

Travis’s progression is enhanced via a series of sub-missions, and the ability to hone his skills as well as upgrade his weapon within a lab. Santa Destroy is also a living, breathing place, and the anti-hero can enter shops, visit a gym to train, and collect special icons that will enhance his attack options. With its stunning visuals, additional levels of action, improved AI routines and an incredible level of control, No More Heroes: Heroes’ Paradise represents a welcome return for one of gaming’s most daring creators.