The youthful High Priestess of the Ministry. A woman of unparalleled beauty. Uses the artifact that Nemea and his party unwittingly brought, in order to power Balor’s spell of immortality.

A half-elf adventurer. Is held back by Areus from starting a brawl with an elf in an Adventurer’s Guild.

Her skill with the bow has earned her the name, „Quicksilver Doe“.

Was adopted by Orphaus at a young age and raised together with Nemea, whom she adores.

Elven wife of Lugh and mother of Areus. Successfully flees from Balor’s forces as they descend upon the hidden village where she lived, at the cost of Lugh’s life. Raises the adopted Elliot alongside Areus. Possesses a sincere kindness all too rare for this world.

But Dyneskal agents finally catch up to her and both her and Elliot are killed.

Son of Emperor Balor and father of Areus. An intelligent warrior with a strong sense of justice. He is beloved by his subjects. Raises an army to fight off Balor’s forces when he learns of the order to kill his wife and sons. 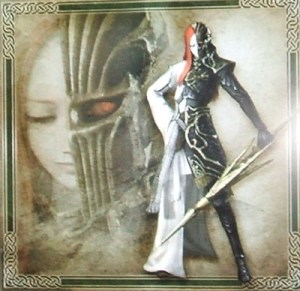 A Dark Knight. An armored knight fused with a young woman, her two personalities are at constant odds for control of the body. Watches over the Sword of Nihil, biding her time until the resurrection of the God of Destruction, Wulg.

With control of a Phantom Dragon, she killed all who attempted to take the Sword. However, is defeated by Areus.

Upon graduating from the Dyneskal Officer School, is assigned as Dorado’s executive officer. Greatly resents the attention that Dorado lavishes upon Areus.

Is defeated by Areus in the Wind Blossom Forest, but cheats death in order to inform Balor of Areus‘ plot. However, Molzova is callously slain by Balor, who detests his cowardly behavior.

Owner of the Fugo Cooperative, he is one of the most influential merchants in Vyashion. Securing trade routes and supplies on one hand, collecting rare artifacts on the other; Fugo frequently employs adventurers to accomplish his goals.

Mr. Fugo’s wife. The other half of the Fugo commercial juggernaut. She has never been seen to disagree with her husband. It is rumored that Mrs. Fugo married Mr. Fugo at the end of another relationship. 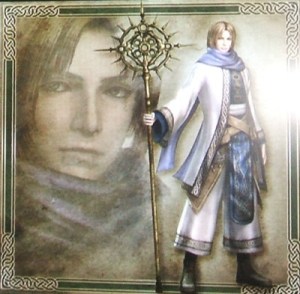 A famed adventurer. Heroically rises up and stands against the Dyneskal Empire’s ruthless expansion.

Like Areus, as the grandson of Balor, is also prophesied to be the one to end his reign. Is miraculously saved by Orphaus from his murdered mother, Aeslyn’s, womb.

An enigmatic adventurer. Stands with Nemea against the ambitions of the Emperor Balor. Tasks Areus and his companions to seek out the scattered fragments of a magical artifact. Master of the mystical Grimalkin Cottage.

Despite his youthful appearance, is the adopted father of Nemea and Kheryuneia. Appears to have deep connections with the elves…